Berlin – a city of surprises

„Berlin was a city of surprises for my husband and me. We sold our California house in 2011 and have been seeing the world one country at a time since then, so we have stayed in many captivating cities London, Paris, Istanbul, Florence. None of them has given us sense of warm welcome and acceptance that Berlin offered from the first day we were there. Having lived in beautiful Paris for three months prior to arriving in Berlin, I will admit that upon initial inspection, Berlin seemed to lack the physical charm of that last location. The “Hauptbahnhof”, with its eternal construction zone, and the sometimes-bleak rows of awkward 1950’s-style apartment buildings put us off at first, but at closer inspection we began to discover the ravishing river and endless canals, the charm of neighborhood areas with lively outdoor cafés and intriguing boutiques, and the surprise of 1000 bridges that connect the city. Its great summer tree canopy charmed us, and its lavish parks and lakes gave us the impression of rural peace within the busy metropolitan city.  As we used the buses, S-Bahns and U-Bahns we developed a sincere affection for the well-known German penchant for efficiency and its generous use of signs, which help visitor and resident alike to negotiate the city and its treasures.
But more than any of the city’s physical attractions, we were smitten by the welcoming attitude of the Berliners themselves. At every turn we found assistance, suggestions and a sincere welcome.  It was refreshing to easily find new friends who invited us to their homes for a meal or coffee, took us to their favorite cafés, restaurants or bars, and introduced us to their friends and families. This was a true phenomenon. Because we live permanently on the road in rented houses or apartments, we have sometimes found it difficult to connect with local people. Many are understandably uninterested in making friends with transient people. Not Berliners! We were treated as if we had been part of their social circles for years and we enjoyed several luncheon and dinner parties new friends’ homes, where we felt completely relaxed and included in their conversation, even though our lack of the language gave us all some great reasons to have a good laugh. We will treasure their benevolent generosity always, and I’m sure we will remain in touch for many years. I have heard that other travelers sometimes find the German people abrupt, but we learned quickly that their talent for efficiency and thoroughness can look to an outsider like brusqueness when it really is a desire to fulfill the visitor’s needs correctly. Germans appeared to us to be sincere and lacking artifice, which we found refreshing and delightful. Hidden agendas and subtle messages can be exhausting, especially for those who don’t speak the local language! Of course we were captivated by the many cultural and historical features of the city and enjoyed the stunning attractions the tour books tout, but more important for us, since we are temporary locals, not tourists, we found the ease of moving about the city and particularly the warm and gracious nature of Berliners to be its greatest charm. everyone we met seemed to be a personal ambassador of good will. For that reason, we plan to return to Berlin every time we are in Europe and to sing its praises to other travelers who will be lucky enough to enjoy its charms!  I hope that our country offers the same level of hospitality to its visitors!“ 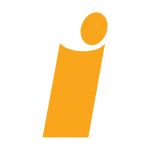